The following infographic and data is courtesy of the Austin Board of Realtors: 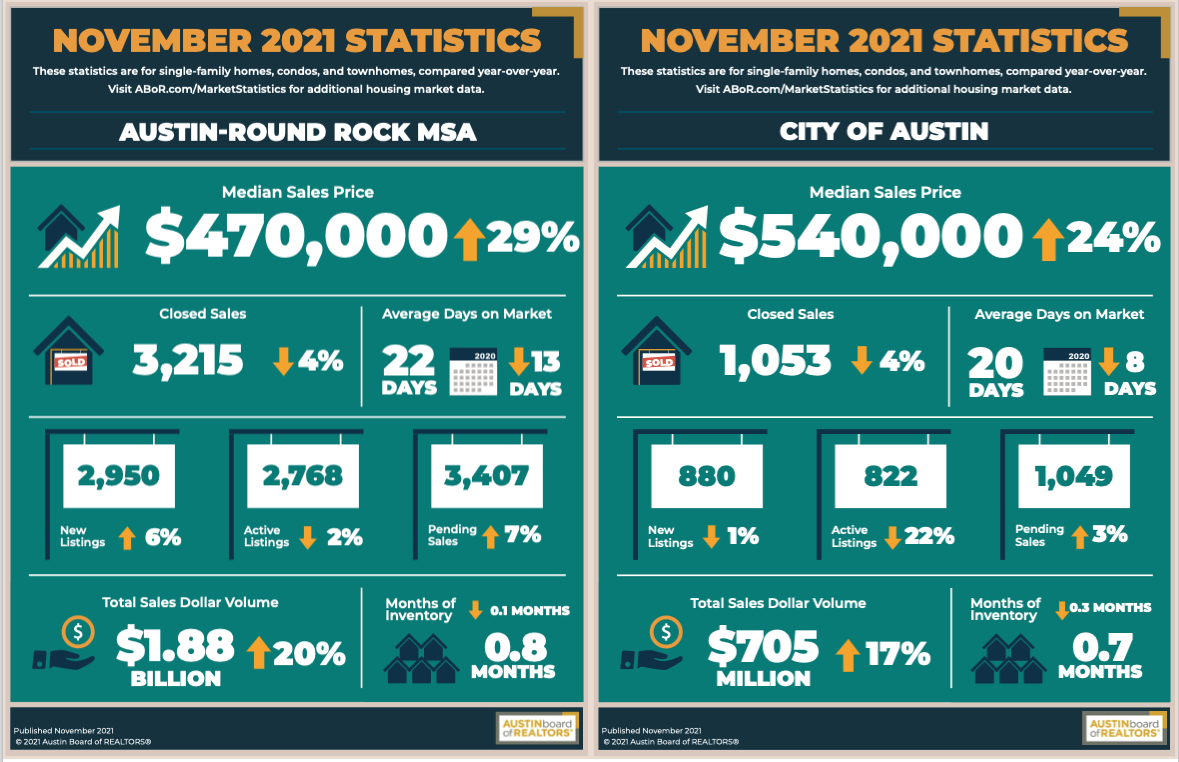 Housing inventory decreased from 1 month to 0.8 months for the entire MSA.  The city of Austin saw a slightly stronger drop down to 0.7 months. That equates to 3 weeks of housing inventory.  The five county region saw a 6% uptick in new listings compared to November of the preceding year and a 21% decrease from the preceding month. This may trigger deja vu for those who watched the Austin market in Q4 of 2020 as inventory shrank and demand for housing only increased.  The Austin area recently verified the announcement for Samsung’s $17B plant in the North East suburb of Taylor and other major players such as Tesla have announced aggressive hiring plans for year ahead.  Adding to this trend, it may be prudent to note that Days on Market are up from 20 days to 22 days. This is 13 days less than the region saw for the same timeframe in 2020 and indicates that inventory is moving much more rapidly than it did even just a year ago.

Austin ranked second best performing job market in the nation. A 7% year-over-year increase at 77,300 jobs from October 2020 through October 2021. Some of the major names: Tesla, Apple, and Samsung have all announced plans to hire thousands.  Employers such as Tesla and Samsung will likely have a far greater impact on the economy with the creation of indirect jobs in the region. Chart below from the U.S Bureau of Labor Statistics: 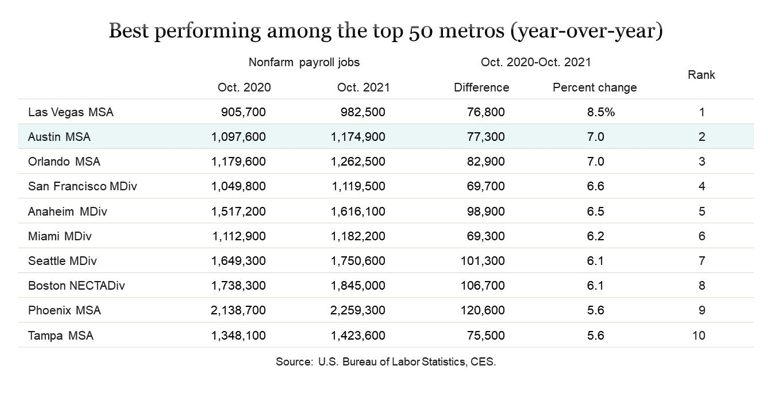 A full year end synopsis won’t be available until December’s numbers have been tallied in January so this will be the last market update posted in 2021.  Happy investing and Happy New Year to everyone.

Let me know if myself or my team can answer any questions and please visit us at www.NothTeam.com for other helpful information, customized home searches, and resource links such as this.

Disclaimer: The information provided here is for educational purposes only, past performance is never a guarantee of future performance. 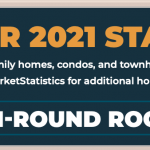 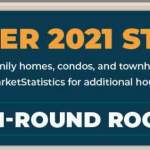 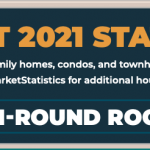 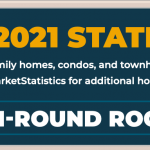 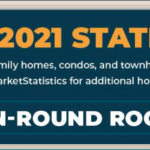